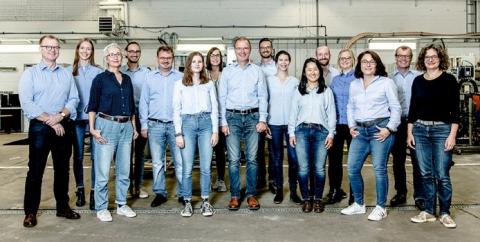 The Lüneburg start-up company RITTEC Umwelttechnik is one of the nine finalists of the Next Economy Award 2021, which is awarded as part of the German Sustainability Award and is a high distinction for "green founders" - the nomination from 140 applications alone is a great success for the Lüneburg start-up. RITTEC was particularly convincing with its technology development revolPET from the joint project of the same name of the research focus on Plastics in the Environment for the solution of global problems around PET packaging. At the beginning of November the company will compete in a virtual pitch for the Next Economy Award.